With the recent focus on this past summer’s Olympic Games, the Cavaliers improbable win in the NBA finals, the Cubs first World Series win in 108 years and the current NFL season, sports is on the brain like never before.

It dominates the global consciousness to such an extent that the proliferation of social media & fantasy leagues constitute national news.  Sport is good, healthy, and a catalyst for human connection, social participation, identity construction and an opportunity to move up the social ladder – at least for some.

But this is a dive into the murky waters of sport, education, elitism, and access – a roadmap for the underserved youth demographic to take hold of their future now and leverage opportunities that are often unseen for a lifetime of benefit.

The role of sport – in concert with mass media, consumerism, and corporate interests – has provided a landscape that offers remarkable opportunities to a marketable few that are ‘lucky’ enough to meet the standards to earn a living playing sport.  Professional leagues like the NFL, NBA, MLB, and NHL employ thousands of players – each making extraordinary amounts of money when compared to the average earnings of an American.

This landscape provides a litany of incentives to all actors in the arena from media moguls, corporations marketing departments, team owners, players, agents, and all the way to the ‘amateur’ leagues of colleges, high schools, and easily influenced youths.

The matrix is large and complex and obscures a simple fact – that big money and success in sports only comes to a small minority, and that success is fleeting for that majority.

What would happen if youth understand the reality of this landscape? Would they make different choices that were more realistic and aligned with their own best interests?

This article provides the key information and a road map for assisting with these choices and outlines the reason why you should care.

The NCAA – The Background & the Reality

The NCAA has pushed the narrative of amateurism and education in a way that could be considered exploitative when big sports mean real big dollars.  Professional sports are also to blame as they position themselves as accessible to everyone, yet only employ a few.

Popular story lines are often touted – Tiger Woods as an African American golfer and the Williams Sisters as dominant tennis players from Compton, California – not to mention the meteoric rise of LeBron James and others like him.  These stories showcase the glossy veneer of athletic prowess, but fail to highlight the untold pressure and support (and sheer talent) that these stars were subject to.

Sport in America is considered one of the most popular pastimes and supreme revenue generators, with television contracts for “The Big Four” sports leagues and NCAA accumulating over $8 billion per year (NCAA).

Underserved groups with little resources and no realistic understanding of this see these events and dream of a better life by becoming part of that system. When compared to the relative menial financial existence of those around them (the current medium hourly rate is just over $7 per hour and the average salary for those on or just above the poverty line is around $13,000 per year) it is very easy to understand the allure to pursue a profession in sport.

With an average annual salary over $3 million, it’s easy to see how many youth would be tempted to pursue a profession in these fields.

Unfortunately, this perspective is skewed by the fact that under 1% of all high school youth that play sports ever make the pro leagues (averages provided by the NCAA).  And even those who do make it, have, on average, a five-year career opportunity.

Why would anyone bet on these odds? Would you bet on those odds?

Sadly, too many do.

Compounding this, over the last three generations, the ascension of the professional athlete / entertainer has coincided with the proliferation of sporting / entertainment events / social media that have further skewed the public’s general perception of what is normal in the sporting world.

Youth that face the likelihood of no dinner at home, violence in the neighborhood, often sub-standard education, and little job prospects in their community are highly susceptible to mass media’s emphasis on favorable outcomes relating to sport.

An imagined life in a penthouse is much better than the reality of life in public housing.  But the sad truth is that these seemingly ‘quick fixes’ are anything but, and the security provided by these professions is short-lived for most.  Money mismanagement is a not atypical, the trumpeting of athletic superiority over educational aptitude does not provide long-term support. The lure of quick-fix solutions and immediate gratification often hinders more sustainable long term planning – a sad reality to realize when it is too late to do much about it.

We are not suggesting that professional sports should not be pursued by those that have the talent to land one of the coveted spots on a roster.

What we are suggesting is that for the majority of youth who are chasing unobtainable dreams in professional sports, there is an opportunity to re-focus their time, passion, and commitment to areas of athletics that utilizes the concepts of ‘interestingness’ and undermanning theory (items addressed in this piece) to access significant upside (access) with comparably little downside risk (dealing with potential isolation issues when you find yourself bucking the norm).

Why not maximize this known reality by turbo-charging the opportunities with angles rarely used?

Sports like Rowing, Fencing, Squash, Swimming, and Water Polo all provide this alternative route to ‘ladder up’ and this is how the game is laid out to those that seek to be informed.

The Importance of Early Decisions

These decisions made at specific inflection points on a young person’s life matter significantly.

If these decisions used efficiently and met with a distinct ‘double-down on focus’ (aligning ones focus, pastimes, and related activities) at the university level, huge benefits result. In a concerted effort to ‘hack’ the university, career, and life equation, a little foresight and planning go a long way.

If students have the ability to recognize the longer-term repercussions of their decisions in terms that matter to them, then the world becomes theirs.  Sports are a fantastic tool – but as a means to a better end.  This is that big picture.  It is nuanced and it is complicated.

Education: The Forest for the Trees

Education is regularly perceived as a way to ‘ladder up’ in society. As racial and economic disparities in educational attainment grow across the world many universities have changed their financial aid policies to make it easier for students from diverse backgrounds to attend, while they are also addressing on-campus environments to make them more welcoming to a wider and more diverse student body.

Universities have begun to recognize the vast benefit of improving access to all capable students, whether via the classroom, more involved alumni, or new institutional strategies.

The number of college-aged youth (18–25 demographic) continues to rise, universities have grown larger, new institutions have formed, and the junior college circuit has ballooned and with it, more access for more people.

However, highly selective universities are the only arena where the increase in potential students has drastically altered the competitive environment. Interestingly, the only group that systematically receives a benefit from attending an ‘elite’ university (after economic, education, and life situation variables are taken into account) are students from the very lowest economic level of society.

These students benefit from utilizing a system that has been set up specifically to receive them. Amherst College, for one, has gained national recognition for its concerted efforts to build diversity and the University of Michigan lowered the academic bar for certain groups to help them gain admission.

High-achieving universities are looking for qualified, socioeconomically diverse students and establishing creative ways to admit them.

Yet many of these youths across the US who qualify as academically top tier (based on standardized testing, class ranking, school grades, and/or outside accomplishments) never show up on the radar of admissions teams at selective enrollment universities.

This is in part due to institutional/logistical limitations, and other and perhaps stronger barriers based on the potential applicant and his or her family. These include concerns regarding affordability, proximity, and isolation, as well as a lack of high expectations for achievement.

Undoubtedly, this college arms race reflects the understanding that education is a key variable in achieving upward mobility.

Be #neverbored again by using the spotivity app and find activities that fit your needs.  We help you find programing that can lead to your passion.  Whether that is an art program to practice graffiti, a sports program to engage in competition, an education support class to improve your grades, or just finding someone to talk to – spotivity has your back.  Backed by research and continually informed by users, spotivity is the tool to help you unlock your world and expand the list of options you can take advantage of. This post considers how applying SMART goals can ease the stress of online tutoring in a remote setting. 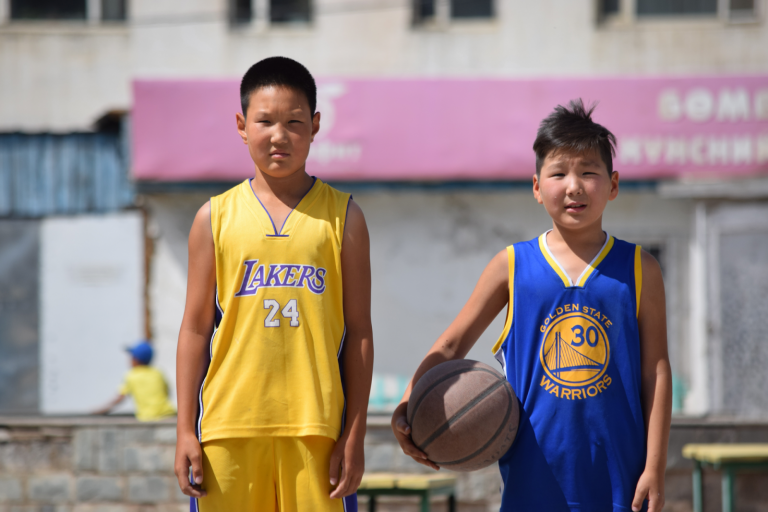 Athletic engagement supports physical growth via promotion of healthy bone, joint, and muscle tissue synthesis and stability. Athletics are also linked to reducing physiological detriments associated with sedentary lives, such as high blood pressure and obesity. Furthermore, a correlation has been found between regular exercise and mental health among students in general as they move into the teenage years. Over the past several decades communities are getting to know the growing importance of afterschool programs. They help students grow a successful and healthy mindset, learn new skills, and, possibly the most important part, is the understanding that their time is invested towards a brighter future. Sports are probably the most popular high school activity. Not only are they very mainstream and very accessible, but I believe there is a sport out there for everyone. Is your teen struggling with academics? Are you unable to help with school work? Have you considered an after-school program for your bored or under-stimulated teen? There is a wide range of after-school education programs for teens that are present online that deliver a wide range of benefits and set your teen up for success in their desired field/discipline. The decision making process is an everlasting life skill that every teen should be equipped with. individuals who are able to assess and evaluate a situation and make a good decision are more likely to reap the rewards in monetary benefits, personal and professional development, and expand their interest.